So, it’s already March and where have the last two months gone already?
I’ve had an enlightening, exciting, at times challenging but enjoyable start to the year – First a solo holiday exploring NYC, followed by the January work slump (my first year of experiencing after graduating from uni last year) and that joy that us freelancers have to handle: tax returns. Then work reunited me with my two loves: orchestras and radio mics.

February saw this year’s first movie screening with live orchestra job for me. Yet again I had a shameful admission that I’d never seen the movie prior to the job (Bridget Jones’ Diary & Love Actually were in that roster too). The movie being The Italian Job. Orchestra gigs are my favourite to stage/pa tech for – endless string mics, lush sounding pa systems and working in beautiful venues with acoustics that’ll knock your socks off.. For me it’s a no brainer.

The month of February also had me delving into theatre worlds old and new. 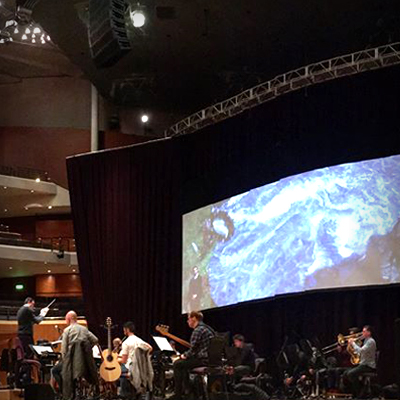 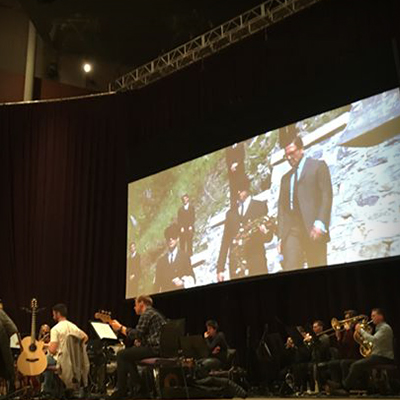 I returned to my hometown and stuck on my stage managing hat for a youth production of Grease. They say never work with children and animals. Change animals to a giant polystyrene car, add 48 children to that and the statement is probably spot on. Not one to shy away from challenge I planned it like a military operation, produced a script with mark-ups so exact that it rivalled an architectural technical drawing, and had learnt every dance move by the second rehearsal. The production sold out every night and was viewed a huge success by audiences, cast and crew.

I was working in Hope Mill Theatre Manchester, with the load-in for their production of RAGS. The theatre is relatively new and has been causing quite a stir due to the productions and talent it’s attracting. Here I was working predominantly with radio mics. I don’t know what draws me to loving working with them so much, maybe the allure of the dark arts, but for this it was lots of labelling, tuning, and testing; Which for someone who gets little TOO excited when using a label-maker, I was like a kid in a sweet shop.

And now it’s March, apparently National Bed Month (I’ll celebrate to that!), I’m busy filling my calendar, buying more gadgets and black clothing (because you can never have enough as a techie right?) and it’s one month closer to the release of Toy Story 4!

The last few months, despite being quiet, have taught me just as much about my job as when work is hectic. I discovered ways to deal with a sparse work diary including catching up with family and friends, indulging in hobbies (mine include science books and walking my dog) and continually growing my knowledge of audio technologies and developments.