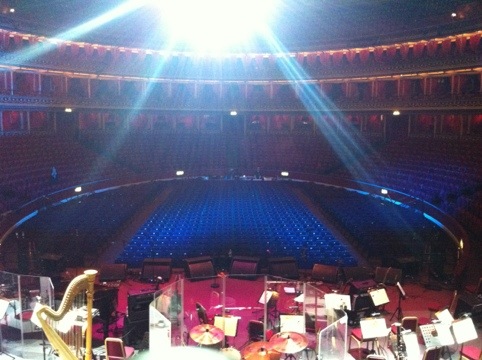 An Evening with James is over, and although I’m quite happy that the long days and rationed sleep are now over, the last week of the tour came and went faster than Hasty McHaste chowing down on a hastily constructed haste sandwich. And any of you who actually tour at any level will know that when it comes to the end of your party, you, as a crew member, have a lot to do before enjoying a White Russian or Gin and Tonic to celebrate the end of the tour. Last night was no exception, I closed the doors on the last truck for the final time somewhere in the blurry eyed zone of the 2.30am’s.

The end of the tour is some what of an anti climax, after the the effort and perfection each member of the touring party bring to the tour, the last night tends towards the not quite as perfected, and where’s the bar/bed and/or transport home. Couple with those feelings of wanting to get away from the people you have spent the last few weeks with, is the end of your party which is frequently frequented by people who have not been involved with or have anything to do with the tour. As a result, the core crew vacate the after show bar in search of beer, and the cleverly hidden bottle of red wine in the production office. I for one, had a Jack and Coke, then retired to my pre-warmed up bed.

It was a good tour, and was nice to remove myself from the comfort of the FOH position for a change. Watching how other approach the same job as you would normally do, I think is important of your own development.

P.S. Don’t tell anyone, but it was also quite nice to be back involved in the organisation of a production once again….