James and the Giant Barn

Cause for concern was raised from moderately exciting to the feeling  Captain Scott must have had on his last trundle home. Not that when the snare-drum was struck it sounded naturally bad, the problem was, every time Nick placed stick to skin the sound went on a voyage. The entire voyage lasted about fifteen seconds and involved calling in on every reflective nook and polished concrete cranny. Each strike was a cannon blast rattling around empty city streets during urban warfare. I’ve had my fair share of odd gigs, the Swiss swimming pool adventure springs to mind, and this must be added to the register of curious sonic scenarios.

As far as prestigious venues go, you can’t trump Wembley Stadium on the trumping scale. Built for the British Empire Exhibition in the 1930’s, it’s the Cathedral of Football and famous the world over, but for an Englishman it’s the House of Football. I’ve never leant towards football. I think I must have been about 13; my class mates would take to the field for a kick-about where I would join in with all the elegance of a crazy, gigantic inflatable person you’d see outside a carwash with frantic arms like seaweed in a storm. For me, music was my unique véritable chérie, so what better way to celebrate my curious irony than by sitting on the can, in the England dressing room, pondering who’s natural functions have greeted this very porcelain throne. 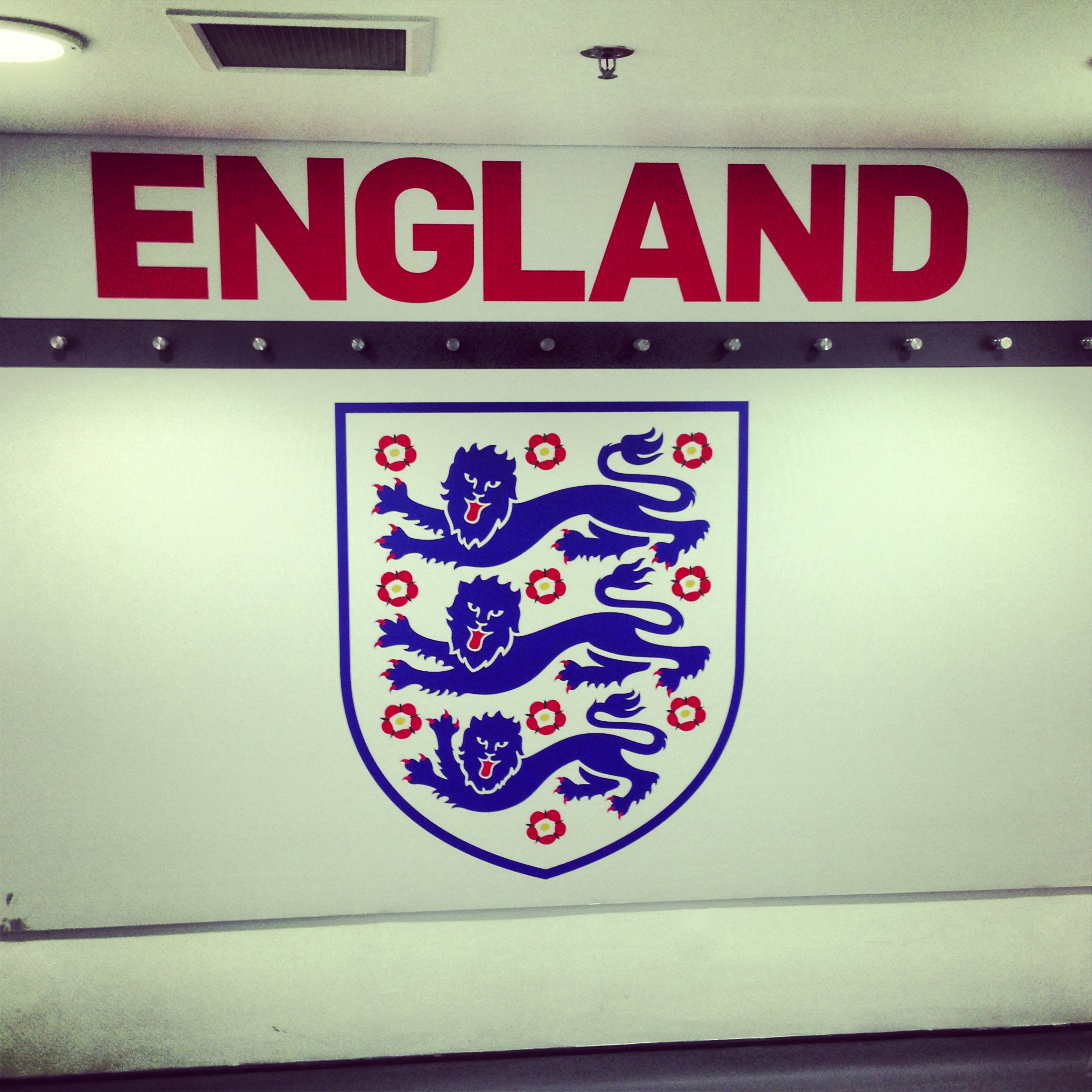 James were special guests of The Killers, both of whom were having their first Wembley adventure and this was my first trip to the new stadium. I must admit I was excited. I don’t get giddily excited about venues these days, the air of excitement normally blows in around show time, but here the weather was on the turn early.

Soundcheck was hard. Besides the length of the snare-drum, mix position was to one side and therefore the middle of the auditorium was a short taxi-ride away. Normally a good meander is in order, but this commute required a different tactic. Like an aroused chimp collecting bananas, I leapt over puddles gathered in the plastic flooring, that covered the hallowed ground, toward the centre of the auditorium. There were two reasons for my briskness; the first, to removed myself from the infernal clattering cause by the sound coming back from all sides of the stadium, and the second was to make sure I’d get back to mix position before the song finished.

Then as soon as soundcheck had started, it was all over in the wink of an anti-climax. It felt very similar to that feeling you get as you look down at the beautiful, cresting sea aboard a ship, then catch a glimpse of your wallet fall to its watery grave. With a look, not unlike the one you pull when you find a hair in the custard, I tried to reassure myself that it would sound better when the punters were in.

The venue started to fill quickly once the doors were open. It looks far bigger with people in it. The atmosphere was like Christmas, just instead of excited  children, it thronged with exhilarated middle-aged women. The sun was still committed to the day as James entered the stage to a genuinely warm welcome. The wonderful thing about mixing a band like James, in support, is a forty-five minute set is full of hits. With such a great catalogue of songs it’s hard not to get inspirited by the whole pursuit. I was so busy referencing my mix in the last sanctuary of clarity, my headphones, that I had taken my attention away from the increasingly reddening decibel meter.

As a twig on life’s restless river, there are instances where life gets a little choppy; like running out of biscuits or brandy. This was one of those occasions, except the biscuit barrel was still pretty well stocked, it was the barrel of decibels that just had crumbs left. I’m sure most of us audio-folk share a similar view on the Constabulary of Noise Control; a petulant use of time and energy. They’re more like audio accountants really. Armed with a clipboard, a microphone and an official looking badge, I was confronted by a sound constable and with my barrel crossing the boarder into empty, the outlook was bleak.

I wouldn’t consider myself to be a loud mixer, and mixing James, who’s fans age between Justin Bieber and Yoda, there isn’t really a need to cause unnecessary bowl movements. The constable’s brow corrugated upward in a disapproving glance that extended down the nose towards me. We Swallow’s know how to handle these situations with dignity and grace without becoming subservient to these vacuums of enjoyment. On reflection my own petulance was a touch hasty. Besides my personal view on the accuracy of such measurements, the retraction of the main fader calmed the clattering sound and the harshness was slightly curbed.

Mixing a band in Wembley Stadium is like doing two shows at the same time inside a Roland RE-201, where the walls are polished tin and the performances are only 10 seconds apart. Because the space is huge the natural acoustic tends toward a voluptuous echo rather than reverberation. I found myself, counter intuitively, adding reverb to the mix, faintly softening the end result. Reducing the density and diffusion often helps stick the artificial reverb to the natural acoustic of the space.

It irks when shows like this happens in just an instant. Each minute seems like a second, and then the enviable happens.

Interlude biscuits and squash anyone? 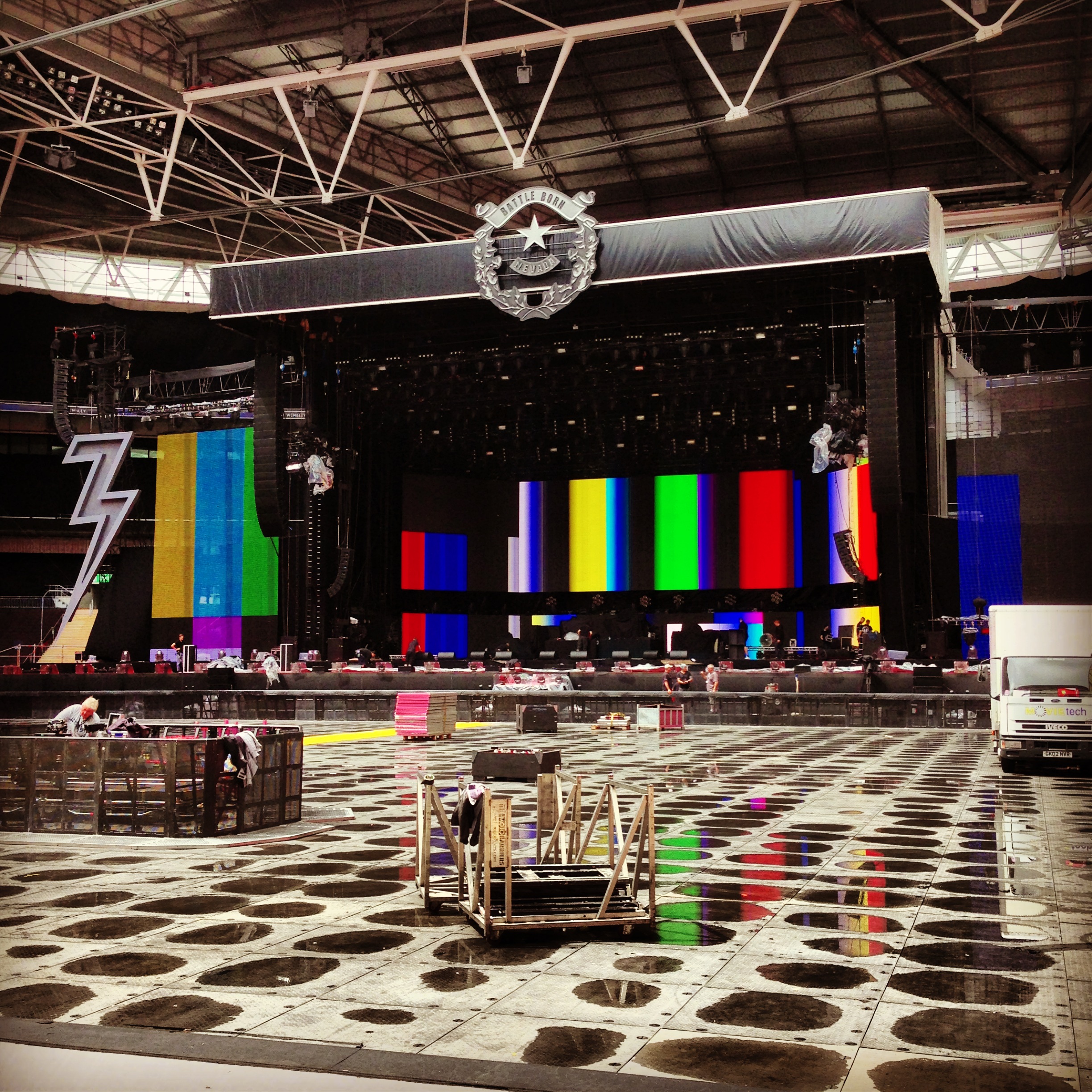