And The Lifetime Achievement Award Goes To…

Tony Andrews of Funktion One! 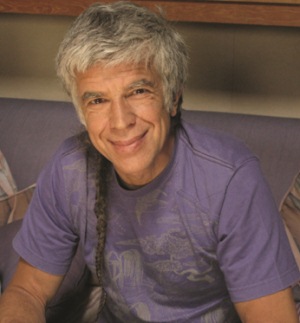 I had the privilege of meeting Tony Andrews a few years ago just after I had used the Funktion One Res5 PA system at Glastonbury festival. Unfortunately the whole main stage was shrouded in politics that year over the incident of ‘The Killers and the Noise Police’ which basically ended up in The Killers set being extremely quite.

That day I had been engineering everyone’s favourite Amy Winehouse; I had just the most wonderful show. The whole mix came together extremely quickly and the sound was like nothing I’d heard before. I wasn’t fighting to get anything out in the mix. The vocal stood out so far it felt like she was in your head, which is something I’ve never heard a PA do before.

A couple of months later I headed over to London’s Plasa trade show; Funkion One were exhibiting. Still shroud in what must have been unbearable politics, Tony was in a demo room tucked away in the bowels of Earls court. I was escorted over meet him, I introduced myself and told him that I thought his PA was the best I’ve ever heard. Having to fight all his critics must have taken its toll, and to hear someone tell him they loved it; the poor man nearly had a tear in his eye, and the relief on his face said it all.

I knew from the moment I had first heard this PA system he was on to something special. In the face of all his critics he kept at it and never faltered.

I was asked to do a quote for a magazine honouring his achievement and I wrote:

‘Tone should be proud to win this. He has stuck to his guns through all the adversity of the past few years. He has changed the way professionals think about their industry. His integrity is second to none and has been an inspiration to me. I’m proud to know, converse, and have the share ideals with a man I only think of as a genius.’

All of this is true. Well done Tony.