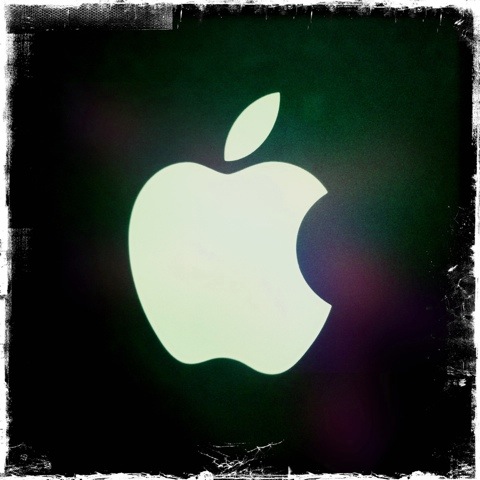 It was a little under a week ago since I wondered down the stairs of my Istanbul hotel in search of some morning sustenance. I sat down and dug into a rather unappetising piece of bread with an egg on top, I heard the news about Steve Jobs.

What a year, first my friend Jock, then Amy (who incidentally is being played out of the airplane PA system as I type), and now Steve Jobs. I never knew Steve, nor do I know anyone that ever knew him. But he has nevertheless been an intrinsic part of my life for many years now. He has been the face, as we all know, of a corporation who championed design, usability and most importantly for me, the creative industries.

Whenever you see a computer on stage; it’s an Apple. Whenever you see a computer backstage; it’s an Apple. If you ever come across anyone using anything other than an Apple, there is always tension in the air as both parties tries to convince each other of the corporate evilness of each brand; nothing quite gets tempers flared like a techno-fight, as if your entire soul has its own survival depending on the outcome.

I have been engrossed in the world of Apple for many years now. I’ve had some variation of a MacBook for many years, and when the first incarnation of the very first iPhone came out, I just had to have one. This quickly got swapped out for a blackberry, as it really didn’t do what I needed it to, BB just had the edge. But, as my upgrade came round, I decided to try the iPhone 4. My life became seemingly wireless at the point. “It just works” was the phrase I heard so many times while watching the WWDC (WorldWide Developers Conference). I would sit in various hotel rooms around the globe, late at night, illuminated only by the light from the screen I was staring into, in desperate bid to keep up with the ever increasing curve that is Apple. And in my eyes, “it just works”.

The public view of Steve Jobs and Bill Gates couldn’t be more different; Jobs being somewhat of a hippy, connected to his inner-self and the people and environment around him. While Gates seems to be some kind of recluse, Gollum like character, hiding away on his private island lair guarding his money in some kind of obsessive, demonic evil way. Lawsuits being fired by the briefcased cannons of shiny shoe wearing, tie straightening militia in the turrets of each company building, in a bid to gain the edge.

The tributes that Gates had for Jobs seemed to be of deep loss, and utter sadness. This doesn’t sound like a man at odds with a rival, more like a man who has lost a friend. The two men were trying to change the world for the better, but got caught up in a shit storm of gossip, media madness, and personal opinions about their products, rather than the people who they really are. Is it possible to be the head of two rival companies, yet be insightful enough to be friends away from work?

Who knows where Apple will go from here. I hope this isn’t the beginning of the end. But I have faith in the innovation of wo/mankind, especially in these hours of financial darkness.

I applaud you Mr Jobs. You created an environment that changed the way the world composes music and brought studio sound and techniques into the live arena. You connected the touring industry to our families on the other side of the planet, and relieved the tediousness of long distance travel (and that really horrible bit between soundcheck and show) with apps we didn’t even know were missing from our lives. You joined the dots between technology, lifestyle, and creativity.

Thank you for your hard work, dedication, philosophy and enlightenment.

All the best,
Just another apple user x